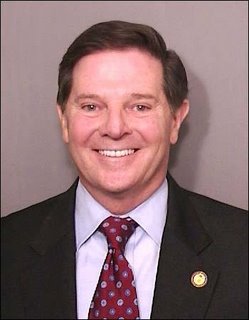 It's been a while since I've done a scribbling and I feel guilty for not participating. Partly because even if I write a bunch of silliness, it's still writing (something I've been doing more of this past year, and a bit of loose practice-writing can't hurt), and partly because "Sunday Scribblings!" is one of Laini's babies and Jimmy doesn't like to let Laini down. Truthfully though, I've been working on the illustrations for Laini's novel and since I'm depicting several of the main characters, lots of time must be spent to get them just so, and it's kept me very preoccupied.

Another reason for participating this week is because I came up with the topic the other morning on our dog walk, and I'd be remiss if I didn't take part, so:

I'm not sure if I should write about the Post-Its and stapler that I took from my last office/corporate job 8 years ago. Is there a statute of limitations on such things? If not, this is pure fiction. If so, then I should add that I took their fleet of company cars too. And all of their toilet paper.

Or maybe I should write about how whenever I go into a store and DON'T buy anything, I always feel like the employees might think that I'm stealing something (especially when I'm dressed down a bit ... and wearing panty-hose over my head).

Or maybe I should write about how Shiloh (one of our dogs -- she came with the name...) stole a partially cooked chicken breast OFF THE FIERY GRILL a few years ago. I was stumped as to where the meat could have gone until I saw her barf if up a few seconds later ... and then eat it again. She must have known about the "5 Second Rule." You know, the rule that if you drop something, it's okay to stick it in your mouth if it's been on the ground for less than 5 seconds. I don't think that generally applies to vomit, but then, I'm not sure if it's fair to be such a harsh judge.

OR (!), maybe I should write about how Laini and Alexandra submitted a FABULOUS book idea to a major publisher 4 years ago. The overall idea maybe wasn't ground-breakingly original, but the content (comprised of lists of ideas for the theme of their book) was DEFINITELY original, whacky, and sweet. The "thief" part comes into play when some time passes, they don't hear a rejection or acceptance from the publisher, and so Laini and Alexandra assume the publisher has passed on it. Much more time passes and then Alexandra sees a book in a bookstore about a year and a half ago from the same company. The book has a similar overall theme (fine, no biggie there), BUT the list of ideas for the theme has about 6 or 8 EXACT ideas (out of the book's 100 or so). Believe me, the ideas they swiped were WAY too whacky and creative (and worded the same) to be anything BUT plagiarism. Sleazy, slimy editor/publisher -- they're lucky the gals aren't litigious. If my name was Earl, I'd smack that editor with a huge karma (and partially-digested chicken)-filled water balloon.