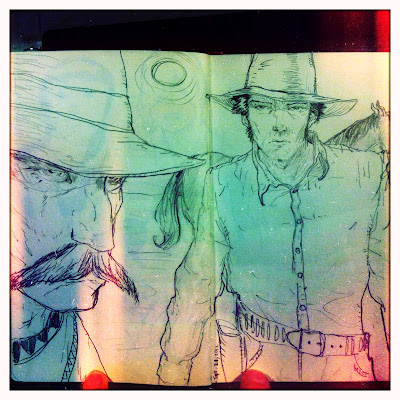 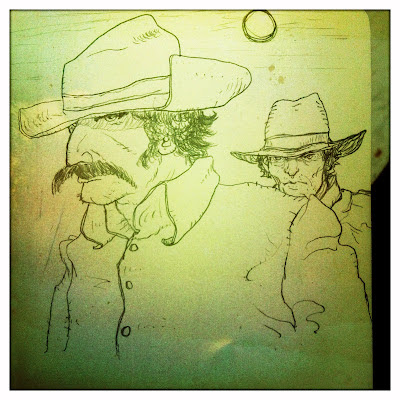 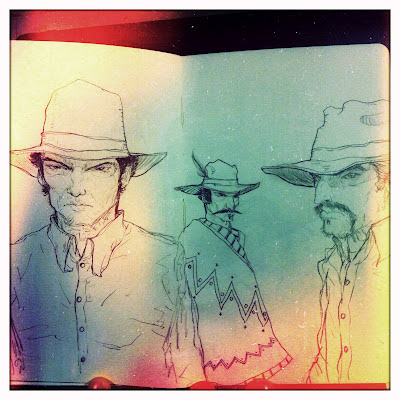 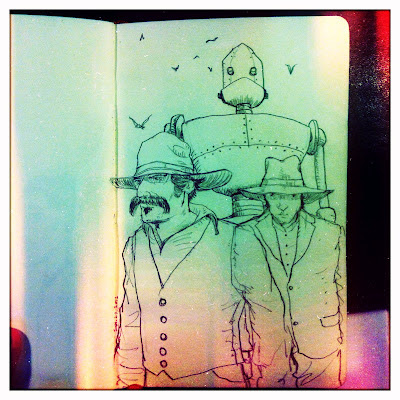 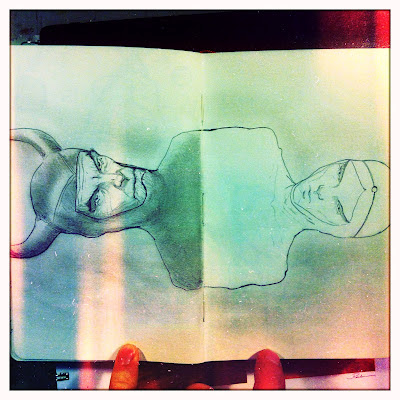 It may be clear to some, but for those who it's not, the artist Jean Giraud (more widely known, I believe, as "Moebius") was an influence on the cowboy theme and style on a couple of those drawings. More on that in a moment. You see, my wife, daughter, and I were traveling in France for a few weeks recently and it's difficult to not be influenced by the countless ways in which art and design are applied to just about everything there. In short, I was constantly inspired and in awe and we cannot wait to return to France hopefully soon and often. Anyhow, I knew that graphic novels (or "bande dessinee") were not only MUCH more respected and widely accepted as a valid form of literature by the masses in France, but I had NO idea that even just about every location that you can buy a magazine has at least one or more graphic novel for sale. Crazy! (from an American perspective). Even within the Pantheon, at their gift shop, the FIRST thing visible was a poster, display table, and stacks of a recent graphic novel (granted, it was about the Pantheon, but there were OTHER bande dessinee available there too). So for those who know me, it goes without saying that I visited several "comic book" book stores while in France and while I didn't end up buying any Moebius books (out of the, ahem, number of books I did buy), perusing large sections of the shelves that had books by him did have an influence on me. Particularly the "Blueberry" westerns that he illustrated. Simply put, beautiful stuff! There were a number of other sketches, and I'll post some more non-work-related ones another time perhaps. Also, some (GOOD!) news will be coming too, but until then, cheers!
Posted by Jim Di Bartolo at 4:56 PM No comments: