LIPS TOUCH named as 1 of 5 Y.A. finalists for the National Book Award! 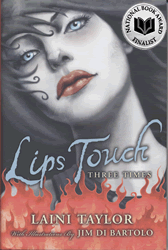 We are SO honored and excited! And I'm SO proud of my wife and her beautiful writing!

Go here for a list of all of the nominees.
Posted by Jim Di Bartolo at 9:01 AM 8 comments:

Congrats Laini (and LIPS TOUCH!! (well, OK, and to me too) That makes TWO starred reviews so far!!

So in honor of the comparison (or "honour" as Mr. Gaiman might write) this morning I read Clementine one of Mr. Gaiman's more age-appropriate books. Plus it's a great early introduction to the amazing work of Dave McKean for her!! You can see that she enjoyed it! (Now I'll need to see if Mr. de Lint also has picture books, or if she'll need to wait until she's older to delve into his creations). 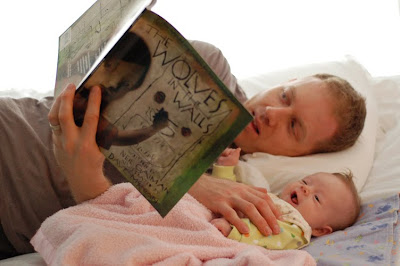 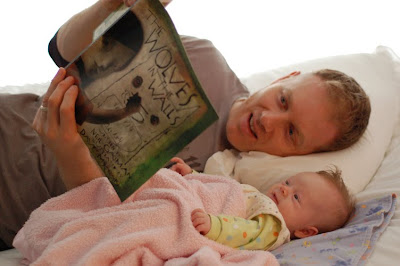 Messin' about with art

I'm working on some projects I can't show here for a while, but here are a couple of non-project-related cartoony portraits I screwed around with for fun recently. Thanks for stopping by! 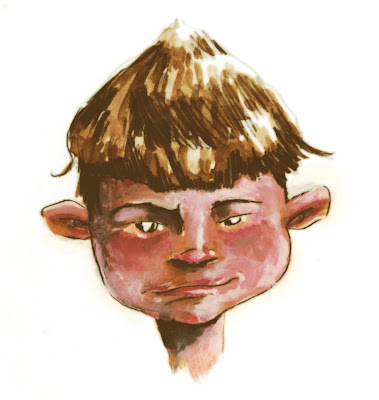 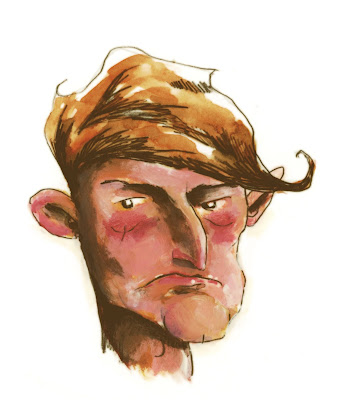