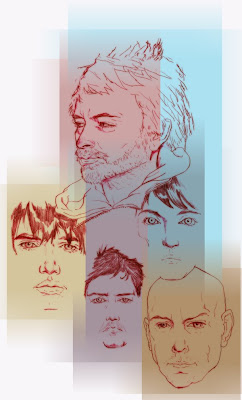 OK, so I know I posted this art before, but my AMAZING wife Laini and I just went to see them live last night because she bought tickets for us as an anniversary gift to me a few months ago and ZOWIEEEE! was it was fanTAStic! Here is a video from last night (though not recorded by us -- we didn't bring our camera -- but we were VERY close to the stage in the pit area (HUZZAH!) And it was the calmest "pit" I've ever been in at a concert, but we definitely didn't mind. I suppose we're getting old, eh? :)

They played so many of my favorite songs, and came back for two very extended encores, but I was still hoping for "House of Cards" and "Karma Police" before they wrapped for the night -- sadly I didn't get my wish (guess we'll have to see them again sometime!) While they did play a few older songs, they mostly stuck to tracks from their last two albums (I'll bet SOMEwhere out there somebody who recorded "Bodysnatchers" caught my scratchy-voiced scream of joy when ol' Thom started to strum the opening (geez I love that song!). Anyhow, great to finally see them live as I've been a fan since The Bends.

Thanks to the internet, I found their set list from the show. I think it's accurate if memory serves:

All I Need (see video from last night above)

Climbing Up The Walls

How To Disappear Completely

You And Whose Army

Everything In Its Right Place

Oh, and I recommend that anyone who attends a concert at the White River Amphitheater: just plan on napping in your car for a couple of hours after the show while you wait for the traffic to clear out (which we did) instead of getting stuck in a line of unmoving cars (for 2 hours!). Sheesh, I'm glad we got some sleep instead of trying to leave right away. I should add that the wait in the parking lot didn't even begin to spoil the 2 and a half hours plus performance they put on (did I mention ZOWIEEEE! ??)

We also had a GREAT time hanging out with some dear SCBWI and other creative friends before the concert: 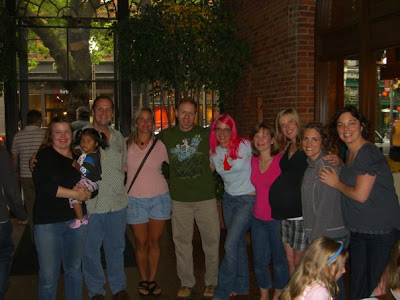 Thanks for coming to lunch guys! We loves ya! :)

And a HUGE thank you to our friend Nina for the tour of the Wizards of the Coast offices! WOW that was cool! 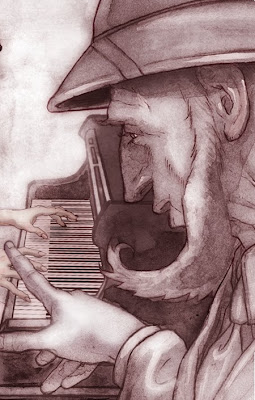 So I'm reading the very good sequel (BROKEN ANGELS) to the very good ALTERED CARBON and Laini snagged my newly purchased stand-alone novel by him (titled THIRTEEN) and now she's really digging his big-brained writing too. There's no flying through his writing as it's extremely dense, but thoroughly enjoyable. Check it out!

The above clipping is some preliminary/concept/style-sampling work from a much much larger piece for an upcoming book that I'm working on out in 2009.
Posted by Jim Di Bartolo at 10:22 PM No comments:

Ever have one of those days? 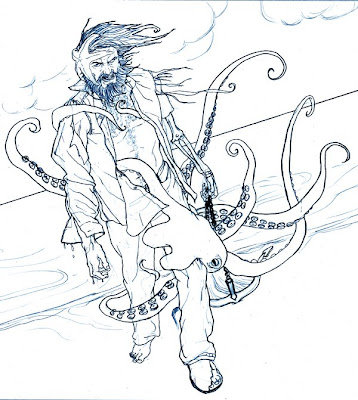 Okay, so it's actually been a great day and a great week, but that title just seemed too good to pass up for this piece that I'm working on for White Wolf :) 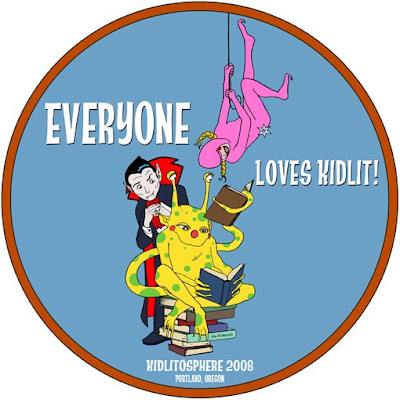 I did this design for the aforementioned conference. Click here for more info about this second annual conference coming up in September in Portland, Oregon. And click here for an AWESOME design that Laini did!

Bow-chicka-wow-wowww-Pt. 2 (and a dude with a spear) 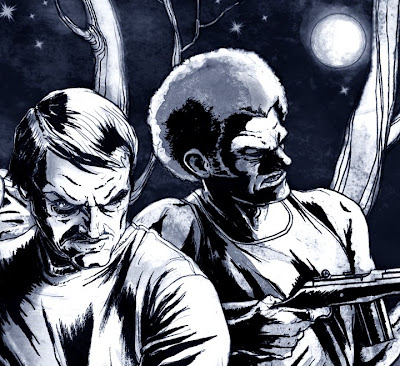 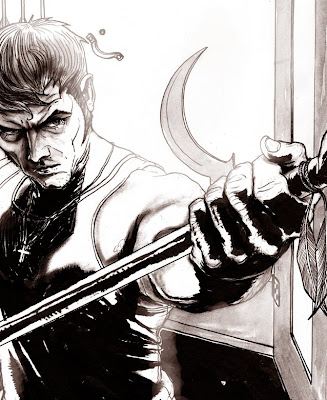 Posted by Jim Di Bartolo at 8:54 PM No comments:

Hmm, wasn't sure how many "w"s to put in that last warble sound effect. Too many? Not enough? Hmm. Feedback welcome. Anyhow, here's a snippit in progress (prior to inking and watercolor washes) for a White Wolf 1970's werewolf hunting piece for one of their upcoming RPG books. COOL! Sideburns baby! YEAH!
Posted by Jim Di Bartolo at 2:23 PM 4 comments: